Analysis of common problems of PVC foam board

Common problem 1: The surface of PVC foam board is bent 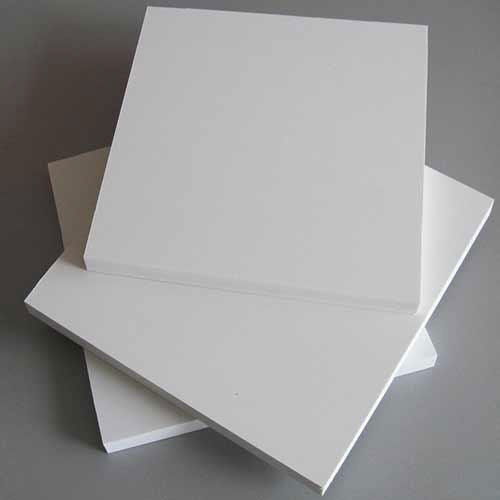 If the extrusion temperature is too high or the stability is insufficient, the solution: it can be adjusted by lowering the processing temperature. If it does not improve, the formula can be adjusted, and the stabilizer and lubricant can be added appropriately, which can be changed one by one. It is easy to find the problem quickly and avoid the material Yellowing of product due to internal heat or friction.

Frequently Asked Questions 4: Changes in the thickness and texture of the plates that are prone to occur during shift shifts

The main reason: It is related to the mixing. After mixing in the last shift, the interval between mixing is long after the next shift. The mixing tank is well cooled, the first pot of mixing is pre-plasticized, and it is different from the previous mixing. Differences are formed, and when other conditions remain unchanged, fluctuations are likely to occur, which can be resolved by adjusting the traction, processing temperature or through management. Common problem5: Bubbles or bubble stratification appear on the cross-section

The reason can be attributed to one point, that is, the melt strength is not enough, and the reasons for the insufficient melt strength are

1. Excessive foaming agent or insufficient foaming regulator, or the ratio of the two may not be coordinated.

Frequently asked questions6: The cross-section of the foamed plastic sheet is caused by two factors: foam breaking or foam penetration

One is that the local strength of the melt itself is too low, and the broken bubble is formed from the outside to the inside;

Second, due to the low pressure around the melt, the local cells expand and the strength weakens, and the broken cells are formed from the inside out. In production practice, there is no obvious difference between the two effects, and they may exist at the same time. Most of the broken holes are caused by the decrease of melt strength after the uneven expansion of local cells.

Matters needing attention in the production process of acrylic products